The Wasteful Business of Thanksgiving: Taking a Page from The Hunger Games 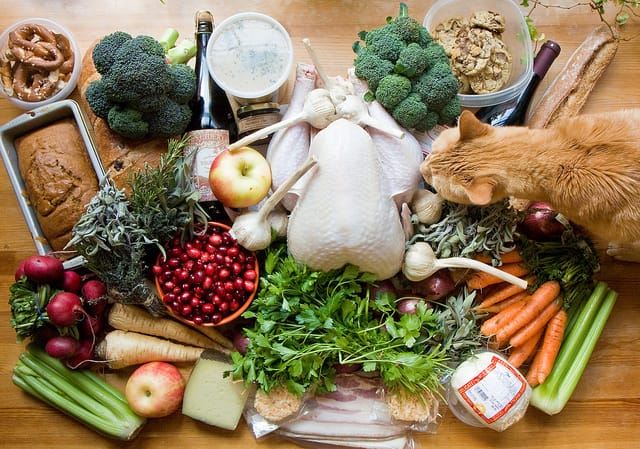 Last Thursday I went to the premiere of Catching Fire, the second story in the Hunger Games trilogy by Suzanne Collins. In it, our two victors from coal-mining District 12, Katniss and Peeta, dine at the cosmopolitan Captiol at the end of their victory tour. Food is stacked high on every table and, already full from trying one too many treats, Katniss and Peeta are offered the Capitol fix – a Â little cocktail intended to “make you sick” so you can keep on eating. Katniss and Peeta, being from a district where hunger runs rampant, decline.

This story (and the Capitol in general) offers a great analogy for the general excess indulged in by wealthier nations on a year-round basis but which becomes exaggerated during the holiday season. It’s easy to become caught up in the festivities surrounding Thanksgiving, Christmas, and other winter holiday traditions, and to overdue it. It turns out that more is at stake than just a few wasted turkey bits when we throw out uneaten leftovers after the holidays.

The USDA estimates that over 200 million pounds of edible turkey were thrown away by Americans last Thanksgiving (Zerbe 2012). That’s enough turkey for each household in the United States to have another 11 servings. AsÂ Dana Gunders, food and agriculture scientist at Natural Resources Defense Council, puts it, “We feast to celebrate that our ancestors had enough food to survive their first winter, acknowledging that once upon a time food was something to be grateful for. Then the next day, we throw half of it away” (Zerbe 2012).

But the holidays aren’t the only time food is thrown out. Nearly one-third of food produced for human consumption is lost or wasted. In industrialized countries like the United States, around 40% of this waste happens at the hands of consumers. In fact, “Food waste at [the] consumer level in industrialized countries (222 million ton) is almost as high as the total net food production in sub-Saharan Africa (230 million ton)”Â (FAO 2011).Â No longer perceived as a precious necessity except by those who are hungry, food has become a readily-available commodity that most of us don’t even think twice about throwing out.

The food isn’t the only thing that’s wasted when we toss it in the trashcan. Remember that 200 million pounds of turkey that gets dumped on Thanksgiving? That’s also 105 billion gallons of water down the drain – “enough to supply New York City for more than 100 days” (Zerbe 2012). Â Industrial agriculture is a resource-intensive process. It’s estimated that approximately 70-80% of U.S. consumptive water use goes to agriculture and that it takes between 2,000-5,000 liters of water to produce one person’s food for one day. Compare that to the 2-4 liters one person drinks in a single day (ERS-USDA 2013;Â FAO 2002).

Changing Our Perception of Food

Now consider that 1 in 6 Americans is hungry, including 1 in 5 children (Feeding America). Worldwide, 12% of individuals are undernourished (FAO Hunger Portal). What many might not realize is that industrial agriculture in developing countries can actually exacerbate hunger by pushing farmers to grow commodity, export crops instead of the food their families need to survive. According to an article in The Guardian, the Worldwatch Institute’s 2011 State of the World Report suggests that, in reference to increasing food demand resulting from a growing world population, Â “a more effective way to address food security issues and climate change would be to encourage self-sufficiency and waste reduction, in wealthier and poorer nations alike” (Prakash 2011).

Instead of feeling guilty for food waste (or feeling entitled to waste as much food as we want) what we need as a society is to shift the way we see food. To make that shift happen requires an awareness of what really goes into the meal piled high on our plate.

When we connect the dots of our food system, we begin to see that throwing away the leftover turkey or the wilted spinach we never used encompasses a whole lot more than what actually goes into the trashcan. Â It can be all too easy for those of us who grew up in a wealthy nation and have regular access to food to not think about the human lives or natural resources that went into growing, harvesting, and transporting it. Yet that’s something each of us has the chance to change.

So this holiday season, as you roast your turkey and prepare an elaborate meal for your closest family or friends, remain conscious of food waste and consider a few ways in which you can help to reduce it: 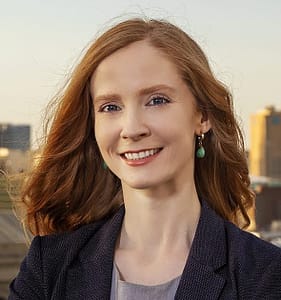